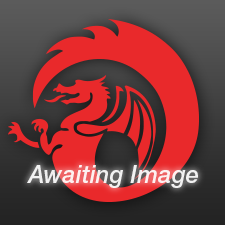 George Shaw has lived in the Isle of Man for over 10 years, originally from Bromley, Kent. He is rightly proud to be sponsored by Sea kayaking UK, FiveTen, Lendal, Suunto and Kokatat.

Swimming and surfing are a large part of his sporting life.

He is also an active qualified Swimming Coach. George competed at club and amateur level Thai boxing for 14 years before a football injury to his knee made him call it a day. He discovered kayaking and has never looked back.? A qualified Lifeguard, he regularly trains with the life guards, and is focused on progressing and achieving the Surf Lifeguard Award.

Personal achievements include winning the Swimming section of the 2011 Isle of Man Adventure Race swimming and kayaking sections consecutively! He has paddled to Scotland and back in a day, twice, the second time in a double kayak with Keirron's 15 year old sister, Katia Tastagh.? George regularly coaches and leads others along the Isle of Man coastline, and holds the record for the fastest circumnavigation by touring sea kayak - completing the 115km in 13 hours 33 mins. ?